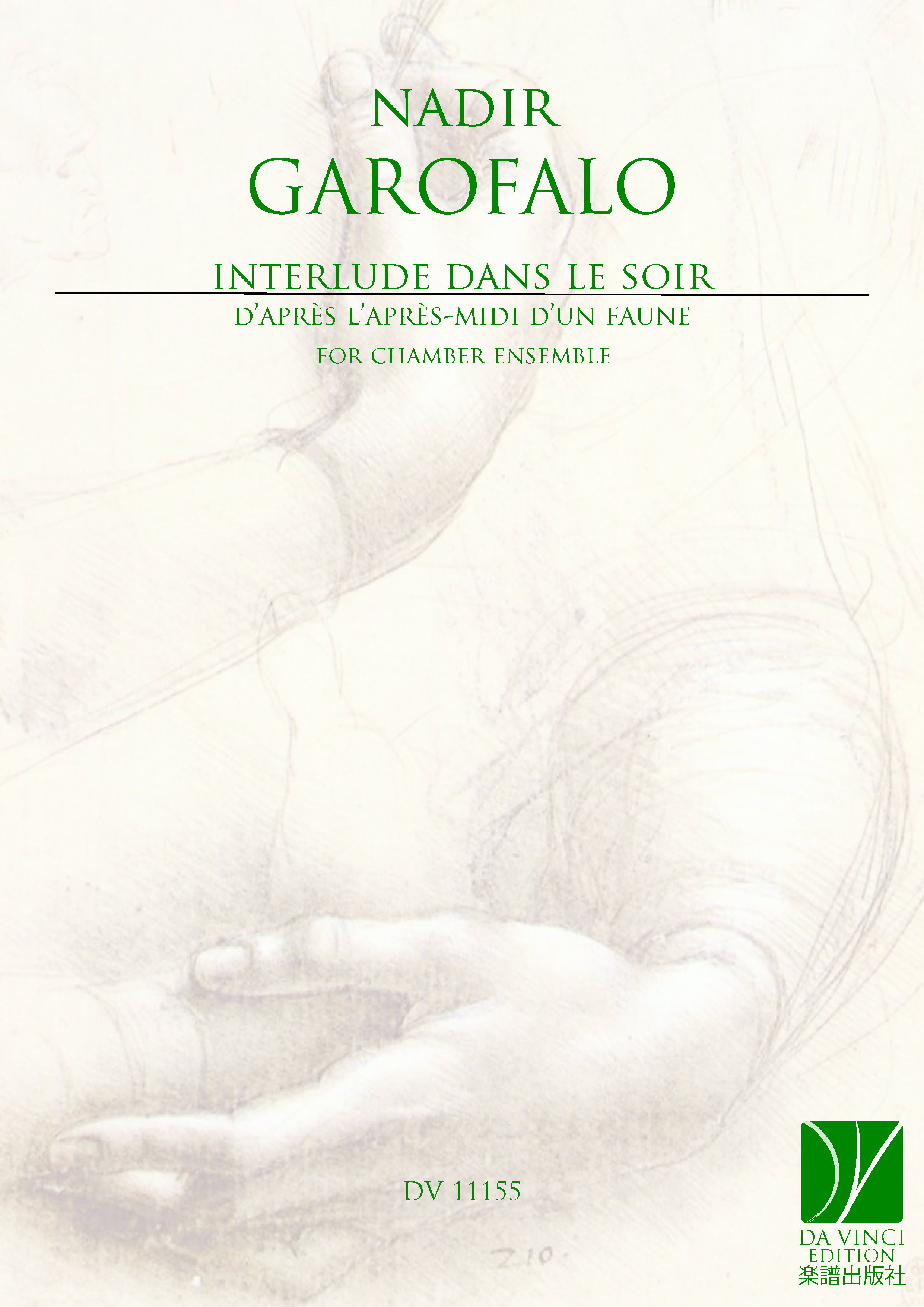 Interlude dans le soir – d’après l’après-midi d’un faune is an original composition for 12 players (fl. – ob – cl. – hn. – 2 perc. – pf. – 2 vln – vla – vc. – db) which describes what may happen after the afternoon of a faun, based on an aesthetic research on the Mallarmé’s eclogue and Debussy’s musical concept. His first idea included an Interlude and a Paraphrase finale in addition to the Prélude. It doesn’t seem that the choice of composing just the first one was influenced by some “narrative” reasons; we know that, right from the start, Debussy was planning to realize not just a synthesis, but a very free illustration of those fugitive impressions: he did so.

By the same freedom, in this “evening Interlude”, three impressionist-colours pictures try to discover the post-meridian mistery of the existence (using a phrase by V. Jankélévitch), without any advance of the night mistery of the nothing, throwing new shadows, new lights and, for this, new waiting horizons, moving the the immanence of an absolute, terminal time, already falling down to the twilight. The score is introduced by an italian-english essay. It explains the concept behind this "recognition" and simply describes Debussy's universe, leading the musician or the amateur into the following music.