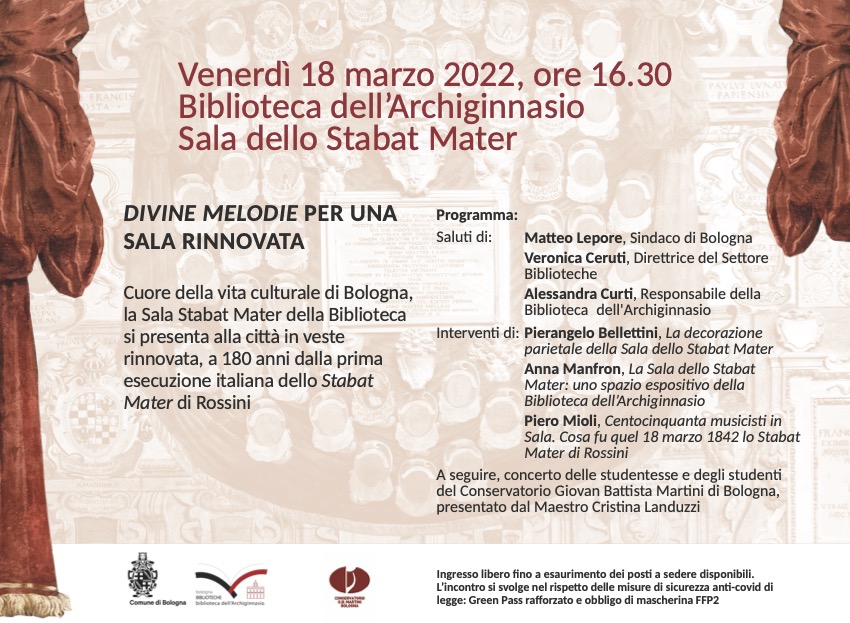 On the occasion of the anniversary of the very first italian performance of Rossini's "Stabat Mater" (18th March 1842), in the very same room it was premiered, in the historic municipal library of the Archiginnasio, Nadir Garofalo conducted several transcriptions produced by the Composition classes of the Conservatory "G.B. Martini" in Bologna. The event, prefaced by background details presented among others by Piero Mioli and by the performance of the arrangements produced from the "Petite messe solennelle", saw the participation and the enthusiastic reception of the public who were privileged to be present.